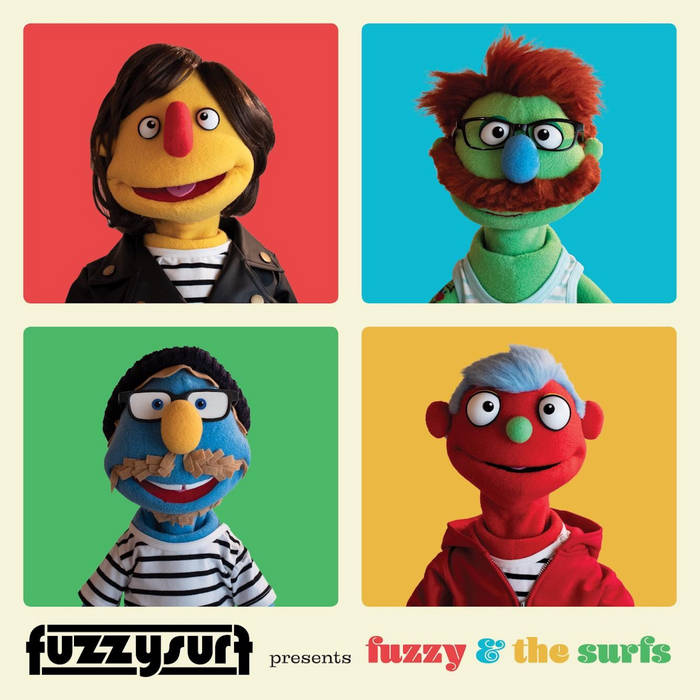 The album "Fuzzy and The Surfs", the second from Milwaukee's surf pop charmers, Fuzzysurf. This time around, the boys mix the sounds of melodic 1960's British Invasion with a splash of American surf music conjuring up music that could have existed if the The Beach Boys grew up in Liverpool or The Beatles/The Zombies were raised up in sunny California.

All songs written, performed, and produced by Fuzzysurf.
All songs recorded by Fuzzysurf except drums which were recorded at National Recording Studio Milwaukee, WI with Mitch Roberts.
Mixing and mastering by Michael Wenz.
Album artwork and layout by Joe Ludwig.
Puppets designed and created by Ryan Lowe.

Fuzzysurf is a surf pop indie band from Milwaukee, Wisconsin. Citing The Beatles, The Byrds, The Beach Boys, Blur, Weezer, and Talking Heads as early musical influences, the group goal has always been the creation of a catchy song.

Bandcamp Daily  your guide to the world of Bandcamp

New sounds from Mavi, Ivy Sole & Moderator, plus AJ, the One joins the show, for her latest release